A Durable Power of Attorney or “POA” under Pennsylvania Law is a written document in which the principal designates or appoints another as his or her agent.  The “durable” nature of the authority conferred upon the agent is exercisable notwithstanding the principal’s subsequent incapacity or disability.

Powers Granted to an Agent

The principal should consider giving broad powers to the agent for the following transactions:

Other powers a principal should consider giving the agent include:

The principal should also designate a successor agent to step in and act if the original agent can no longer serve. 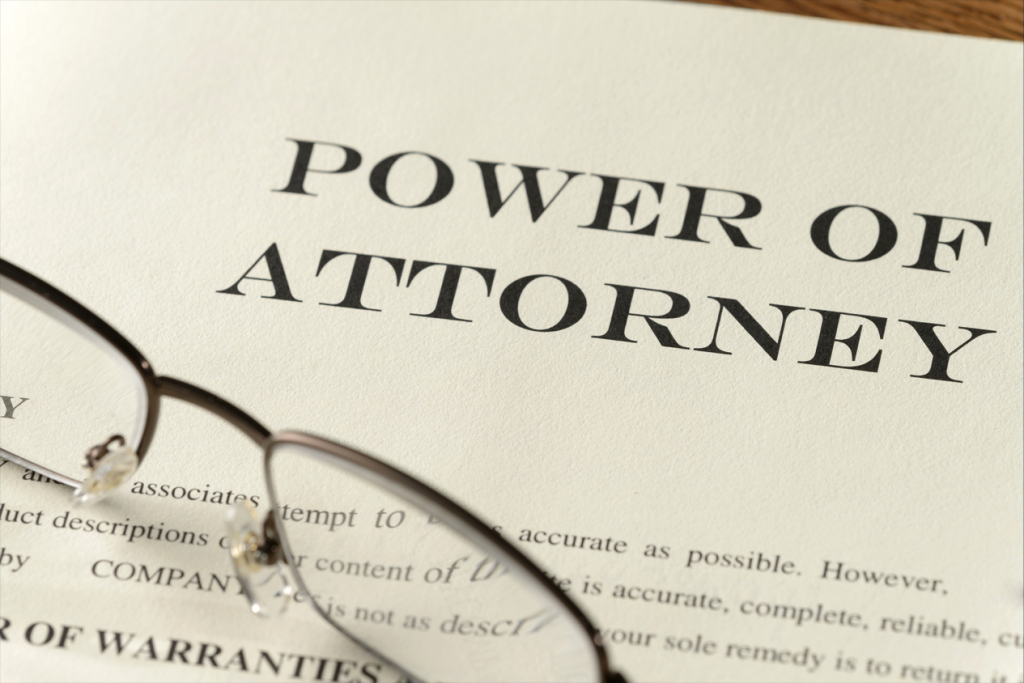 A principal has two options for establishing when the agent has the legal authority to act.  The principal may provide that the power shall become effective immediately upon proper execution of the power of attorney document.   The other option is for the principal to allow for the agent to act only at a specified future time or upon the occurrence of a contingency.  When the power of attorney becomes effective at a later time, this is often referred to as a “springing” power.  One common example of a springing power is a contingency that the agent can only act when the principal is determined to be incapacitated or disabled.

The Agent is considered a “fiduciary” which means that the agent is held to the highest standard of good faith, fair dealing and undivided loyalty with respect to the principal.  Generally, the agent must always act in good faith and in the principal’s best interest.  An agent must also act in accordance with the principal’s reasonable expectations to the extent actually known by the Agent and within the scope of authority granted in the power of attorney.

The Agent must do all the following:

Disclosure of Receipts, Disbursements, or Transactions

Revoking the Power of Attorney

Agents are entitled to reasonable compensation for their services.  In many cases, the agent is a family member and does not expect to be paid.  If the agent wants to be compensated, the agent and principal can reach an agreement on the amount of compensation.  This could include, for example, an hourly fee or a fixed monthly fee.  If no agreement exists, then the agent should determine what is reasonable.  It is important to remember that the court has oversight on what is considered reasonable.  Therefore, the agent should document the services provided and the time spent.  The agent can assign a reasonable hourly rate or some other form of compensation that is reasonable and commensurate with the services being provided.  The agent is also entitled to reimbursement for actual expenses advanced on behalf of the principal and to reasonable expenses incurred in connection with the performance of the agent’s duties.

Filing and Recording the Power of Attorney

A photocopy or electronically transmitted copy of an originally executed power of attorney has the same effect as the original.

Death of the Principal

A durable power of attorney should be incorporated into an estate plan along with a last will and testament, medical power of attorney, and a living will.  The Martin Law Firm, P.C. routinely assists individuals and married couples with the creation of an estate plan to achieve specific objectives and help secure the financial future.  Call us today for a free case evaluation at 215-646-3980.