Anyone charged with Driving Under the Influence of Alcohol or Controlled Substances (DUI) in Pennsylvania faces stiff penalties, including loss of driving privileges and potential jail time. Like all crimes and offenses, the Commonwealth of Pennsylvania bears the burden of proving that you violated the law in order to obtain a conviction. If the Commonwealth of Pennsylvania charges you with DUI, it is important to seek out an experienced DUI lawyer as soon as possible.

Pennsylvania makes it a crime to drive under the influence of alcohol or controlled substances.  The DUI statute and penalties are set forth in 75 P.S. §§ 3801 – 3817.  When a person is arrested and charged with violating the DUI statute, the specific charge will be based on the person’s blood alcohol content (BAC). 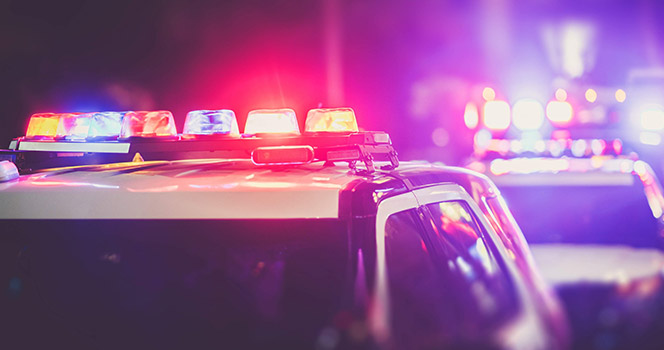 The penalties depend in large part on whether there were any prior DUI offenses.

No Prior DUI Offense

Court Reporting Network (CRN) Evaluation. The CRN evaluation takes 45 minutes to 1 hour and is required for all DUI offenders in Pennsylvania. The purpose of the CRN evaluation is to determine if the individual should be referred for more comprehensive drug and alcohol assessment. More information for Pennsylvania, CRN Evaluation can be found here: https://www.montcopa.org/1203/Court-Reporting-Network-CRN-Evaluation

Alcohol Highway Safety School. The purpose of this 12.5 hour class is to provide individuals with information about drugs and alcohol and their effects on judgment and metabolism, addiction, and highway safety. The cost is $200.00. More information for Pennsylvania, AHSS services can be found here: https://www.montcopa.org/1205/Alcohol-Highway-Safety-School-AHSS.

Drug and Alcohol Assessment. A full drug and alcohol assessment may be court ordered or recommended from the CRN results. More information for Pennsylvania, Drug and Alcohol Treatment can be found here: https://www.montcopa.org/1204/Drug-and-Alcohol-Treatment

Community Service. Individuals may be required to perform up to 150 hours of community service.

Ignition interlock is alcohol detection equipment that is placed in the motor vehicle that requires the driver to blow into it before the vehicle can operate. If alcohol is detected, then the vehicle will not start. The equipment is also designed to randomly require the driver at various times during operation of the vehicle to blow into it to confirm the absence of alcohol. The average cost for leasing the ignition interlock system is approximately $900 – $1300 per year.

Ignition interlock is required under PA law for first-time DUI offenders with high blood alcohol levels, repeat DUI offenders, individuals who refuse chemical testing, and when an individual illegally operates a motor vehicle without an ignition interlock system. Anyone who needs the ignition interlock system must obtain a limited license by sending a completed application to PennDOT with the required fee. Employees who need to drive a work vehicle can also ask their employer to complete an employee exemption form and submit it to PennDOT. This exemption will not apply to school bus, vehicles for more than 15 passengers, entities owned by the individual who has the ignition interlock license or an employer-owned vehicle which is available for the employee’s personal use.

If a license is suspended, the individual may qualify for an Occupational Limited License (OLL). The individual must apply with PennDOT. An OLL may not be issued if the licensed is revoked, disqualified, or cancelled. Individuals are also not eligible if they have a license suspension pursuant to ARD (see below) or a second offense DUI unless 12 months of the 18 month license suspension has already been served and the vehicle is certified and equipped with ignition interlock. A suspended CDL driver can get an OLL provided all of the necessary requirements are met. The fee for an OLL is $65.00. An OLL is often unnecessary if the person has the ignition interlock limited license.

Generally. The Accelerated Rehabilitative Disposition (ARD) Program is for first-time DUI offenders who have no prior criminal convictions or prior ARD dispositions. The ARD program is designed to provide first time offenders with a prompt disposition of their charges in order to free up the criminal justice system. The ARD program substantially reduces the DUI penalties and it allows those who successfully complete the program to have the court expunge their record. Individuals should consult with an experienced Pennsylvania, DUI lawyer to determine whether their case meets the eligibility requirements for ARD.

Eligibility. A person will NOT be eligible for ARD if he or she has been found guilty of or accepted ARD of a DUI charge within 10 years of the date of the current offense. A person will also NOT be eligible if he or she has any prior criminal or DUI convictions, the individual was involved in a DUI accident in which someone suffered an injury, a person has pending charges for assault or violence or weapons crimes, the person has prior accusations of domestic violence or sex crimes, or a minor child under the age of 14 was present as a passenger in the vehicle.

Application. To request ARD, an individual, with the assistance of their attorney, will complete an ARD application. The application is submitted to the District Attorney who will make an initial determination.

Other Negative Aspects of ARD 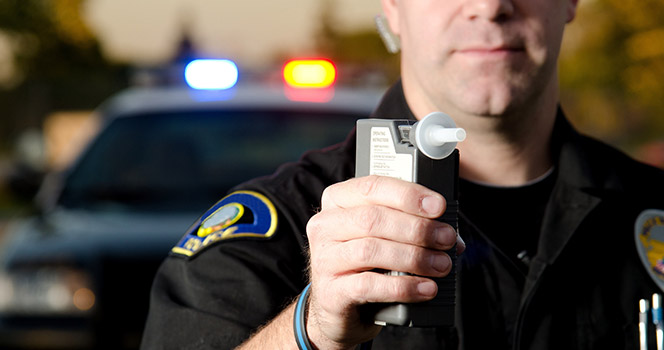 Field sobriety tests include the following:

The field sobriety tests and the scoring allow the police officer to determine whether an individual should be arrested for DUI. The DUI investigative field notes vary, but generally, the notes require the officer to observe the statements by the driver, odors, speech, attitude, clothing, physical evidence, and other observations. In the absence of other compelling indications of alcohol intoxication, an individual who passes field tests issued in Pennsylvania should be given the benefit of the doubt and be allowed to proceed without an arrest.

Evidence of an individual’s performance on field sobriety tests are generally admissible in Pennsylvania courts, as is evidence that a motorist refused to submit to field testing. As with all evidence surrounding a DUI arrest, an experienced DUI attorney can ascertain whether the evidence was lawfully obtained and whether the evidence is sufficient for the prosecution to prove its case.

Any person who drives in Pennsylvania has implicitly given consent to chemical tests of blood and breath for the purpose of testing for the presence of a controlled substance. If an individual is under arrest in PA and the individual refuses to submit to testing, testing will not be performed; however, the PA Department of Transportation will suspend the individual’s driver’s license for 12-18 months regardless of whether the individual is ultimately convicted, and the refusal can be used as evidence against the individual at trial.

DUI checkpoints, or sobriety checkpoints, are well-marked, stationary roadblocks conducted by police officers who make stops to check for intoxicated drivers. Police officers use a predetermined objective standard to determine which drivers to stop. Public policy in Pennsylvania supports the use of these checkpoint measures because the DUI checkpoints serve as a deterrent to potential PA drunk drivers, and the PA DUI checkpoints seek to remove dangerous drivers from the roads.

What happens at a checkpoint? Pennsylvania DUI checkpoints often involve (1) an initial stop, (2) questioning of the driver, and, if the individual shows signs of intoxication, (3) the administration of tests, i.e., field sobriety tests, followed by chemical testing of the breath, blood or urine.

PA DUI checkpoints involve a search and seizure; therefore, they are subject to protections under the United States and Pennsylvania Constitutions. In Pennsylvania, the Commonwealth has the burden of proving that the roadblock is systematic, non-discriminatory and non-arbitrary, and that it is intended to ensure highway safety. Pennsylvania courts conduct a balancing test to determine the constitutionality of DUI checkpoints. The balancing test considers these three factors: the gravity of the public concerns served by the seizure; the degree to which the seizure advances the public interest; and the severity of the interference with individual liberty. The following requirements must be met in order for a checkpoint to be constitutionally valid:

1. The initial vehicle stop during which the driver is first observed must be brief and cannot include a physical search of the vehicle or the occupants;

2. Motorists cannot be caught by surprise. Individuals must have sufficient advance visual notice (and media notice) of the DUI checkpoint or roadblock;

3. The decision to hold the roadblock must be made by supervisory officials acting in an administrative or managerial capacity, not by patrol officers;

4. The location and time of operation of the roadblock must be based on verifiable criteria as to the history of drunken driving incidents and arrests at the chosen locale; and

5. The determination of which vehicles to stop must be based on administrative decisions relying upon objective standards.

The following is an example of a Pennsylvania DUI checkpoint or roadblock that satisfied the above guidelines. “The DUI checkpoint’s time and location were selected by the police chief after a statistical review of prior incidents, times and occurrences of drunk drivers. Notice of the time, location and procedure was published in advance by a local newspaper. The area was illuminated by a fire truck and advance signs were posted. Every fifth car was stopped and to ensure the stop was brief, only basic questions were asked of each driver.”

If it is determined that the DUI checkpoint has failed to comply with the foregoing guidelines, a knowledgeable PA DUI lawyer may seek to suppress any evidence obtained from the stop, including the results of the field sobriety test or chemical test.

An individual can be pulled over for drugged driving in Pennsylvania, just like any other alcohol-based DUI stop. If there are PA Drug Recognition Experts (DREs) available, they may be called to the scene to check factors such as blood pressure, pulse rate, pupil size and other measurements. DREs may also scan an individual for injection marks and other telltale signs of drug use. Sometimes the DREs will administer additional field sobriety tests as well.

There are many legal arguments that an experienced DUI lawyer can make in defense of drugged driving charges. The fact that certain drugs, such as marijuana, remain in an individual’s system for weeks, or even months, after consumption means that even if a blood test reveals the presence of marijuana in a person’s system, this does not necessarily mean that the person was impaired by the drug at the time he or she was pulled over.

The experienced DUI lawyers at The Martin Law Firm offer a free case evaluation for anyone charged with Pennsylvania DUI or who faces a license suspension as a result of a breath or blood test refusal. Our DUI lawyers represent clients throughout Pennsylvania. Contact us today at (215) 646-3980.