A Pennsylvania divorce can be a relatively simple process or a lengthier, more complicated one.  Divorces are usually more complicated when other related matters such as child custody, child support, spousal support, alimony and division of marital property are involved.  Each of these matters must be resolved prior to the entry of the divorce decree.

The Pennsylvania Divorce Code establishes formal procedures for finalizing the divorce and the related matters.  Each county in the Commonwealth of Pennsylvania will supplement the Divorce Code with their own specific procedures.  Usually, these matters are resolved through mandated mediation, hearings, conferences, and/or trials.  It takes time for attorneys to prepare for and attend these hearings, as each hearing serves to address a specific issue of the divorce and must be prepared for accordingly.  Often, attorneys have to prepare memorandum of law, research the issues, subpoena third parties, review documents, and prepare for testimony of the parties and witnesses.  Divorce lawyers typically bill by the hour, so the attorney’s fees can increase significantly as these matters proceed through the court system.  Courts have a busy caseload too, so these matters usually take many weeks or months to even be scheduled.  In order to avoid these costs and delays, the parties to a divorce can choose to amicably resolve all matters among themselves.  When the parties settle their differences, they should memorialize the agreement in writing.  This is known as a marital settlement agreement, or sometimes referred to as a property settlement agreement.

WHAT IS A MARITAL SETTLEMENT AGREEMENT?

WHAT IS GENERALLY INCLUDED IN A MARITAL SETTLEMENT AGREEMENT?

Since the marital settlement agreement is a contract, there are basic provisions that should be included in all the agreements, such as:

All agreements must be clear and unambiguous and supported by legal consideration.  As with any contract, the marital settlement agreement will not be valid if one party was unlawfully coerced into signing it or if a party signed it under duress.  Material misrepresentations and fraud will also be ways to invalidate the agreement.

WHAT ELSE SHOULD BE INCLUDED IN A MARITAL SETTLEMENT AGREEMENT?

For equitable division of marital property, the following matters should be addressed in the marital settlement agreement:

For child custody matters, the following provisions should be considered:

Any other relevant matter should be addressed in the agreement.

CAN A MARITAL SETTLEMENT AGREEMENT BE MODIFIED BY A COURT?

The marital settlement agreement is a contract and courts generally do not modify contracts that are negotiated by and entered into by two parties so long as the contract is clear and unambiguous.  As such the courts will not, unless there is a specific provision in the agreement to the contrary, modify terms related to disposition of existing property rights, business interests, alimony, alimony pendente lite, counsel fees or expenses.  However, the courts can modify certain aspects of the marital settlement agreement including provisions related to child custody, visitation and child support.

WHAT HAPPENS IF MY EX-SPOUSE BREACHES THE MARITAL SETTLEMENT AGREEMENT?

Enforceability is always an area of concern for parties entering into a marital settlement agreement.  If one party fails to perform his or her duties or obligations as set forth in the contract, the other party can sue for breach of contract.  If the marital settlement agreement, by order of court, was incorporated into the divorce decree, then the non-breaching party can file a petition to enforce and motion for contempt against the breaching party.  There are procedural differences between an action for breach of contract and a petition to enforce/motion for contempt; however, the remedy is often the same – compelling the other party to live up to his or her end of the bargain.

When an action is brought to enforce the terms of a marital settlement agreement, the courts, in determining whether one of the parties acted in a manner not in keeping with the terms of the agreement, will often look at the intent of the parties.  The intent of the parties is the controlling issue for these cases.  In determining intent, the court will first look at the document itself.  If it is clear and unambiguous, then any other evidence will not be considered.  The courts will often listen to the testimony of the parties if the intent cannot clearly be ascertained from the agreement itself.  This is another illustration of the importance of having a divorce lawyer prepare the marital settlement agreement. 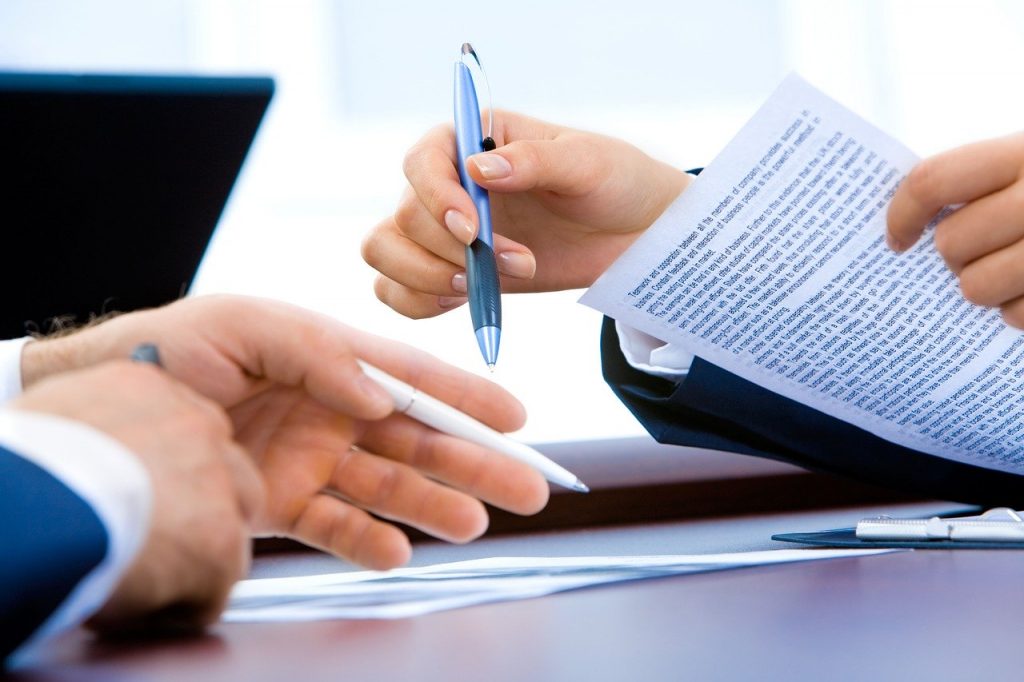 ADVANTAGES OF THE MARITAL SETTLEMENT AGREEMENT

A carefully drafted marital settlement agreement by an experienced attorney that is carefully negotiated by the parties has obvious advantages.  The most obvious reason to have an agreement is to avoid the cost, delay and uncertainties of litigating the issues.  Also, amicable resolutions to any dispute, including marital disputes, usually reduce stress and anxiety since people feel like they have more control in the final outcome as opposed to relying on third parties such as mediators and judges.  And finally, to the extent that ex-spouses have to continue to co-parent long after the divorce, they may find that they can get along better and communicate easier after reaching an amicable resolution to the divorce and related matters.